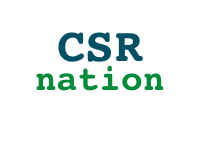 Jeannie Wright said…
Hey, Tina - nothing much has changed at CRID - same old thing - just write, write, write -- so the newbies get paperless? Hmmmm....I don't know about that -- how are they going to read back very well - I know the screen can show it but it does make you wonder -- I take my notes with me in the car to practice (yes -- they have spilled, been blown all over the place, etc) --

I want a Lightspeed, but I just haven't parted with the money --- and I know the touch is different and I'd have to mess with installing the CASE on it and I just don't want to do all that now--

We just got a new DA and she's really made a lot of changes and now we are just bogged down in trials -- she instituted a new plan where plea deals cannot be made the morning of arraignment (we've done that for years, you know, the PD never gets out to the jail to see the Def and so, any plea gets discussed at arraignment or docket call -- she won't do that now -- and, they have to plead to the highest charge and at least 1/2 of the remaining charges - hardly an incentive for them to plead, so, now we are drowning in trials -- no one's happy -- 'cept her). the bulk of our cases are meth heads and drunks.... we don't have a death penalty now, so that's changed, too -- it's been an interesting 4 months. Oh....and the most gruesome murder in 40 years took place 6 hours after the governor repealed the death penalty - can you believe that? Not that I'm necessarily a proponent of USING the death penalty, but I do think it should be on the table as a prosecutorial tool -- oh well, you didn't ask for all this info!

Well, I guess we are the experienced ones in class -- I upset some poor girl in there today by discussing the ethics of photocopying a book vs. holding the school responsible for what they said they were sending out -- so I guess I'll just keep my mouth shut!

Anyhoo-- are you going to test this week? I'm going to -- just gonna knuckle under and go for it! Good luck to you!

Jeannie Wright said…
Hey, Tina! So nice to have you in class! We are gonna do it this quarter, right! No holds barred! How are you? I feel like I could teach the class -- you know, frankly, I essentially took the quarter off, too - I just idled along - now I've gotta do it -- but I work better under pressure - my biggest drawback in work --

How else are you doing? Glad you stayed in the program! By the way, If I don't get cold feet (I'm starting to get scared), I will be moving to Dallas this summer -- woo hoo! I'll be SO GLAD to get back to Texas!!!!! I miss it so much!

Jeannie Wright said…
Oh, my goodness - you took a quarter off? Wow! I would be afraid I'd never go back! But I understand it - I'm pretty tired and I'm a little tired of being constantly on the machine - I just went out to dinner with my brother (we are both single now) to have a really nice dinner and I get back home and immediately get back on the machine -

Well, it's good to know you are getting some much needed rest - I hope going back in April is easy on you! Keep in touch!

Jeannie Wright said…
Hey, Tina - it's been a while since I heard from youo - just wondered how you are doing! Holler if you get the chance and let me know how school is going!

Jeannie Wright said…
Hi, Tina! Just thought I'd pop in and wish you Happy New Year. I didn't see if you promoted or not - where will you be next quarter?

Jeannie Wright said…
Hi, Tina! How did your first week go? I actually wrote better than I thought I would - I am really going to like Ms. Scoggins, too! Are you going to test this week? I think I'm going to take the plunge every week! Good luck!

Jeannie Wright said…
Hey, Tina! We are in class together - Woo hoo! Hope you do well this semester - I think I'm going to like Ms. Scoggins - I've attached steno with new fervor - I just vegged out last semester - it was a burnout semester for me - hopefully, I'll move right on through this quarter -

How's steno going for you? I was pretty frustrated but am not quite so this time around - I'm just tired of sitting in my cave - like you, I feel like I never leave work - the dangers of working in the court system already, right? LOL!

Holler when you can!

KJM said…
Tina, I am sending you a friend request. I'd like to send you a PM. Hope to hear from you soon : )
~Kyla

Go over to Depoman.com and start following the "Student" thread. Greg is running a bootcamp and has some wonderful advice. He's been a reporter a very, very long time -- makes me look like a newbie.

I help out whenever I can, and you can p.m. me anytime. I am really sorry for the hijacking. As I never responded to that reporter after her rude comments to me in another thread, just thought that was the time I had to do it.

Again, I wish you lightspeed!

I'll make it up to you, though.