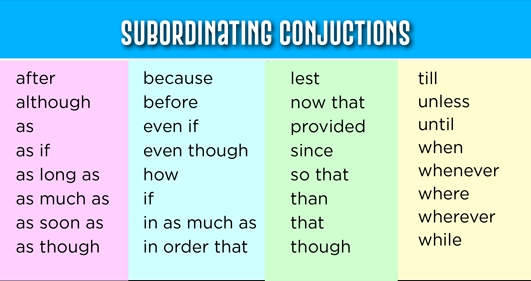 Tomorrow we'll get in to how you can connect independent and dependent clauses.