So today I did a motion at the Santa Monica Courthouse.  I was excited to do it because I find court to be intriguing. I'd love to be an official, but right now freelance depo work is more suited to my family's needs. Maybe after my little guy has gone off to college.

Anyway it was interesting. Since it was a motion it certainly went fast. They weren't used to having a reporter in there either because they were just going so fast! There were five attorneys there. I think I did okay.…

I am new to this forum.  I currently attend the SimplySteno online program (www.simplysteno.com) while working full-time as a Legal Assistant.  I am looking forward to chatting with other court repor…

I am new to this forum.  I currently attend the SimplySteno online program (www.simplysteno.com) while working full-time as a Legal Assistant.  I am looking forward to chatting with other court reporters and court reporting students.

We three puppies were rescued from Devore Animal Shelter in San Bernardino.  Our foster mothers saved us from being euthanized.  We are two girls and a boy.  We are 3 months old.  We are spayed/neutered, microchipped and have had our first shots.  We need LOVING homes.   You can check us out on the Kijiji site.  Please network us with all your friends.  267.JPG…

Hi, I'm Jennifer.  I've been studying court reporting for three years now and for the last few months changed from attending a school to the online program SimplySteno, which I am very happy with and…

I'm Jennifer.  I've been studying court reporting for three years now and for the last few months changed from attending a school to the online program SimplySteno, which I am very happy with and have noticed a marked improvement in my writing

Certification of a partial transcript (CA)

I've been asked to certify a part of the transcript. I looked in the codes, and I see that that's perfectly fine, but does one do anything special to denote that it is partial? For instance do you note that on the transcript cover and/or the reporter's cert?

Blurb insertion -- where, oh, where?

So I'm looking for some clarification on descriptive blurbs. I have a witness who is demonstrating something that happened to him. Where would the blurb go in the testimony? This isn't the actual testimony, just a sample.

A:  He threw the lamp at me like that, and I looked back at him to see where he came from.

So would it be:

A:  He threw the lamp at me like that (indicating), and I looked back at him to see where he came from.

Or where would it…

Dodger has found a home!

Just wanted to say Thank you to all who commented and provided advice.  He has found a home with 2 other dogs and already settling in!… 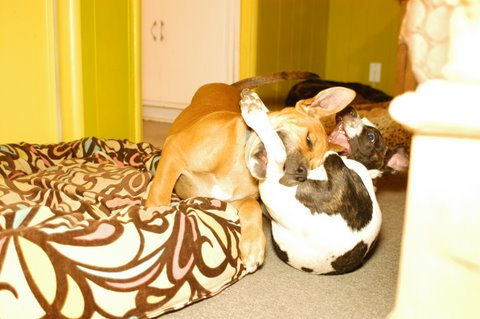 I am a real time reporter in Manhattan, New York, Trying to break in to the close captioing market. Been calling and emailing many, many places and cannot get info. all I am getting is at home CDs and kits. LLooking for a company that will train and hire. I called Vitac but asked me to call back in a few months.

Willing to go to any state, country

thanks, any info would be helpful

So one of the first lessons I have learned in my first two weeks of taking depos is the importance of being assertive. I did hearings for a couple of months before starting this. I loved doing that. OAH has really great judges! They are almost always looking out for the court reporter. They remind counsels to slow down for the reporter; they ask for testimony to be repeated when it's hard to understand, etc.

Well, I'm not there anymore, and I am the only one that will do those things…

Just finished editing my second doctor depo. I actually kind of like them. Scary thought!! My first two weeks doing depos were a little slow. Only two. I'm hoping this week I get a few more. I wonder if I will get more doc depos??? Lol.

This is my first posting (blog) on the CSRnation.  This place came highly recommended, and I am looking forward to the interaction.

Any advice on best how to utilize this site?

I'm a new reporter. I passed the October 2011 exam. I've done Office of Administrative Hearings for the past couple of months (heard it was slow in the depo world). I just started with an agency and have only received one depo a week. I know things are starting to pick up out there, and I was hoping someone could recommend some trustworthy agencies that could use help and wouldn't mind bringing on a new reporter. Any recommendations would be very much appreciated!!